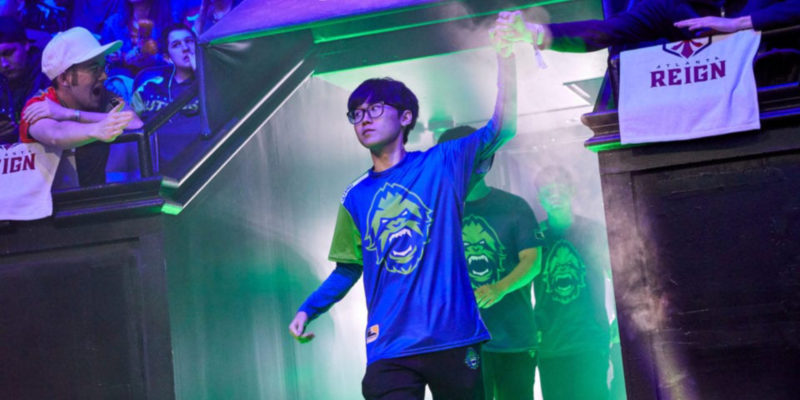 The Aquilini family believes esports could be the next crown jewel in their sports and entertainment empire.

Owners of Canucks Sports & Entertainment (which owns the NHL’s Vancouver Canucks and Rogers Arena among other things), the Aquilini family is betting big on esports. Millions of fans all over the world are tuning in to watch. In fact, there were over 3489 esports tournaments with a combined prize pool of US$1.5 billion held in 2018, according to Influencer MarketingHub.

In August 2018, the Rogers Arena in Vancouver hosted The International (the most prestigious Dota 2 tournament in the world). Dota 2 is a very popular online multiplayer game with over 10 million active players worldwide.

It was here that the Aquilini family got a close-up look at what esports has evolved into. The six-day long tournament featured over US$25 million in prizes and completely sold out the 20,000-seat venue. In addition to the roaring crowd in the stadium, an additional 15 million viewers tuned in online.

“It was eye-opening because we had no idea that fans would fill the arena for an entire week, and with a level of engagement that was amazing,” Trent Caroll, COO of Canucks Sports & Entertainment told the Financial Post.

From Living Rooms To Stadiums

The evolution from niche to the mainstream has transformed esports into a massive industry. According to Influencer MarketingHub, only 800,000 people globally had heard about esports in 2015. That number has risen to over 1.57 billion in 2019. In addition, the total hours spent watching esports went from 1.3 billion in 2012 to 6.6 billion in 2018.

What the Aquilini family saw in 2018, was a good opportunity to expand their existing empire.

“Getting into esports and gaming was a unique opportunity that allowed Canuck Sports and Entertainment to be on the front end of a very dynamic environment that presented a real opportunity to transfer our experience in traditional sports environments,” said Caroll. “It also worked the other way, because we can transfer what we learn from our e-sports teams back to our traditional properties.”

One of the factors that excited the Aquilinis about esports is how the demographics skew much younger. After all, over 50% of males aged 18 to 34 describe themselves as gamers. Robert Mason and Walied Soliman of Norton Rose Fulbright Canada LLP, led the legal team which helped the Aquilinis form their esports venture. Mason told the Financial Post, “esports has a sexy feel and represents a convergence of arts, gaming, sports, and media in a space where young people spend a lot of time.”

The rapid ascension of the esports industry has already drawn the attention of some prominent names. For instance, Robert Kraft, Stephen Curry, Drake, and Jay-Z are all involved with an esports organization – either as an investor or ambassador.

“The deal, which included two acquisitions, four financings, a reverse takeover, and a go-public transaction was unique and the first deal of its kind for e-sports in Canada and perhaps in North America,” said Mason. As a result, Enthusiast became the largest gaming network in both North America and the UK and is one of the largest vertically integrated esports/video game companies in the world.

Events are also a key area of focus for Enthusiast. Every year, the company hosts its flagship event, the Enthusiast Gaming Live Expo (EGLX). It’s the biggest gaming expo in Canada and saw over 30,000 attendees in 2018. Enthusiast also hosts PG Connects, a global conference on mobile gaming.

The Aquilini family’s gambit has paid off as they have now become a powerhouse in the esports industry.