Over the past century, the sports business has evolved into a multi-billion-dollar ecosystem consisting of teams, leagues, players, betting, ticket sales, training facilities, merchandisers, broadcasters, live events, trading cards, event spaces… the list goes on. The evolution of sports continues and is being most recently driven by the rising emergence of the esports sector – a now billion-dollar industry, surpassing $135 billion in revenue worldwide, that is expected to climb to $1.69 billion USD by 2022.

To understand the magnitude of the video game industry’s growth, it helps to put it into perspective. It’s grown to be one of the most dominant forms of entertainment in the past twenty years, surpassing the film and music sectors’ gross annual revenue significantly. Its players participate in tournaments just like traditional athletes, with huge prize pools. The highest esports prize pool to date is the Dota 2 tournament held in August, which recently surpassed $30 million and is expected to reach even higher by the time the event rolls around. This is second to the U.S. Open tennis tournament ($58 million). Similar to conventional sports, esports are driven by fans. Viewership is essential to its growth, and with the ease and convenience that fans have to view their favorite gamers online, the growth has been exponential.

MKTG Canada’s Decoding research study explores the esports enthusiast segment, unearthing insights into the Canadian Gaming fan (those Canadians who are fans/players of video games and esports), including media habits, attitudes towards sponsorship and statements about esports in general. In fact, Gaming Enthusiasts overwhelmingly over-index when it comes to playing videos games:

With the esports audience expected to surpass 450 million fans worldwide, it’s important for brands and potential sponsors to understand this new demographic to successfully appeal to fans. There’s definitely a place in the ecosystem for sponsors – esports enthusiasts tend to feel better about companies that sponsor their favorite teams more so than traditional sports fans do – but the playbook used with traditional sports fans won’t work for esports enthusiasts. A new approach is needed, and in the meantime, brands that are beginning to see the viability of this market are dipping their toes in by leveraging tools endemic to traditional sports.

While the majority of esports viewership happens online, stadiums across the Globe are selling out to watch the world’s top pro gamers compete at the highest levels of competition. Gatherings of thousands of fans create opportunities to activate in order to reach fans face-to-face. Mercedes-Benz’s presence at the Dota 2 Major tournament in 2017 is a great example of this. As a key sponsor, Mercedes Benz had multiple layers of touchpoints throughout the event, including a fleet of cars to test drive, free espresso shots in the sponsor tent, ample branding throughout, and custom-wrapped Mercedes-Benz vehicles featuring the logos and colors of individual teams.

ADIDAS currently sponsors a few European esports teams as their official jersey suppliers, including Team Heretics of Spain, North from Denmark, and team Grow uP (sic) of Portugal. These deals see ADIDAS providing apparel including jerseys, tracksuits and other co-branded apparel for training, competition and day-to-day life. It won’t be long before an esports athlete gets their own signature shoe.

League of Legends organization Team Liquid’s newest partner is Marvel Entertainment, who will provide custom co-branded merchandise and jerseys with an Avengers logo emblazoned on its chest. While other organizations have partnered for jersey patch sponsors, this is a first of its kind as the jerseys are inspired by Captain America, with Iron Man themed jerseys in the works. Given the natural tie between gaming and comic books, this makes for a great fit.

The best sports teams have the best training facilities and we are seeing this within esports as well. While many don’t consider pro gamers athletes, in fact, less than 2% of Canadian sports fans consider pro gamers to be athletes, sponsors are putting big bucks behind top esports training facilities, such as the Raptors Uprising 2K teams Bell-sponsored training facility. You can expect to see more high-caliber facilities to support pro gamers earning money for their craft – while this is nowhere near the average NBA player’s salary, NBA 2K league salaries start at $33,000 on 6-month contracts.

Sponsorships that are only possible in esports

Esports also creates opportunities for brands that are unique to the esports sector, connecting with fans in ways that traditional sports could never offer. We’ve outlined a few unique applications of brands activating within the actual game, adding another level of experience to that of traditional sports – in person, and in game.

A first of its kind event took place in the online video game Fortnite. Marshmello, a popular EDM DJ, performed a live 10-minute concert in the game. The unique experience was shared by more than 10 million users within the online community. This collaboration is a reflection of how rapidly the esports world is growing exponentially with a global audience, providing ample opportunities for entertainment brands to collaborate in unique ways than ever before.

Gillette partnered with esports organization Team SoloMid as a sponsor, which included social media promotion and a jersey patch. As part of their deal, Gillette capitalized on Team SoloMid’s popularity on Twitch through an in-streaming integration called ‘Bits for Blades’ where fans could earn Bits (Twitch’s digital currency) by purchasing Gillette products through embedded links on the streamers’ channels.

Signing a multi-million dollar endorsement deals is commonplace in NBA – within NBA 2K, fans can sign endorsement deals with brands within the game. What differentiates this in-game experience is that it doesn’t actually require any sponsor dollars per player like it would in real life (apart from the terms of the deal with EA, of course). This makes the gaming experience even more lifelike by emulating both on and off the court dealings intrinsic to the NBA player lifestyle, creating opportunities for brands to inject themselves in the fan experience throughout a game. This builds positive brand recognition that may even translate to brand loyalty outside of the game. In MyCareer mode, players can earn endorsement deals from brands such as Gatorade and Footlocker, to earn awards that can be used for various things, such as clothing and physical attributes.

As the esports business continues to grow and pro gamers gain notoriety as athletes, sponsors will take advantage of new opportunities to engage with fans through sponsorships through unique efforts and activations that are both traditional and new to the sports genre as a whole. 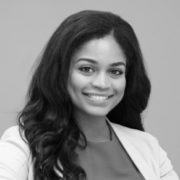