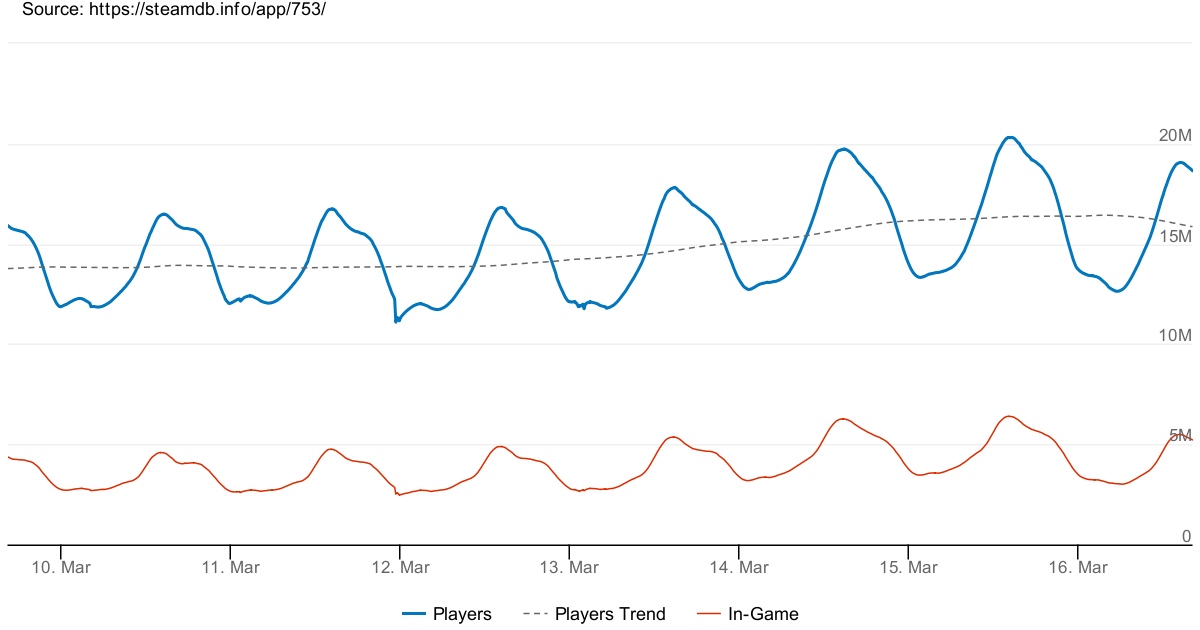 As coronavirus concerns sweep the entire globe, more and more people are staying indoors. With time on their hands, it’s no surprise people are turning to video games. Counter-Strike: Global Offensive (CS:GO) saw the biggest boost for an individual game. Over the weekend, it became just the third game on Steam to surpass 1 million concurrent players. Those who follow the game are hardly surprised as CS:GO is renowned for its longevity and dedicated fans.

Other games also saw increases in concurrent players, even if they weren’t as significant as the former’s. Dota 2 crested 700,000 players after averaging a daily peak of around 600,000 players for the past 3 months. Meanwhile, Tom Clancy’s Rainbow Six Siege set a new all-time peak this weekend with over 196,000 concurrent players.

Given the prolonged uncertainty around coronavirus, this looks to be more of a trend than an anomaly. At the time of writing, SteamDB is reporting concurrent users of over 18.9 million. For context, just one month ago on February 17th (also a Monday), the peak number of concurrent players was 16.4 million.

Despite record numbers of concurrent players, the number of players in-game has not reached the previous record. In January 2018, the number of in-game players reached over 7 million. That’s a record that is still yet to be broken, although it just feels like a matter of time at this point.

As people continue to stay indoors and away from public gatherings, gaming should continue to see record numbers. It will be interesting to see where this manifests itself next, whether it be game sales, streaming viewership, or something else entirely.