While 4% is not a massive increase, many countries did not implement serious coronavirus containment measures until March. Since then, an assortment of titles have experienced a sharp increase in the number of players and spending. By analyzing the February figures, one could receive a better idea as to how digital game spending will evolve.

Mobile game revenues showed very strong growth, up 16% year-over-year (YoY). Meanwhile, consoles and PC revenues were much less impressive, down 22% and 6% YoY respectively. However, SuperData attributes this decline mainly to a weak release schedule without many AAA titles. In comparison, titles like Anthem and Apex Legends were released in February 2019, which helped boost digital game revenues. 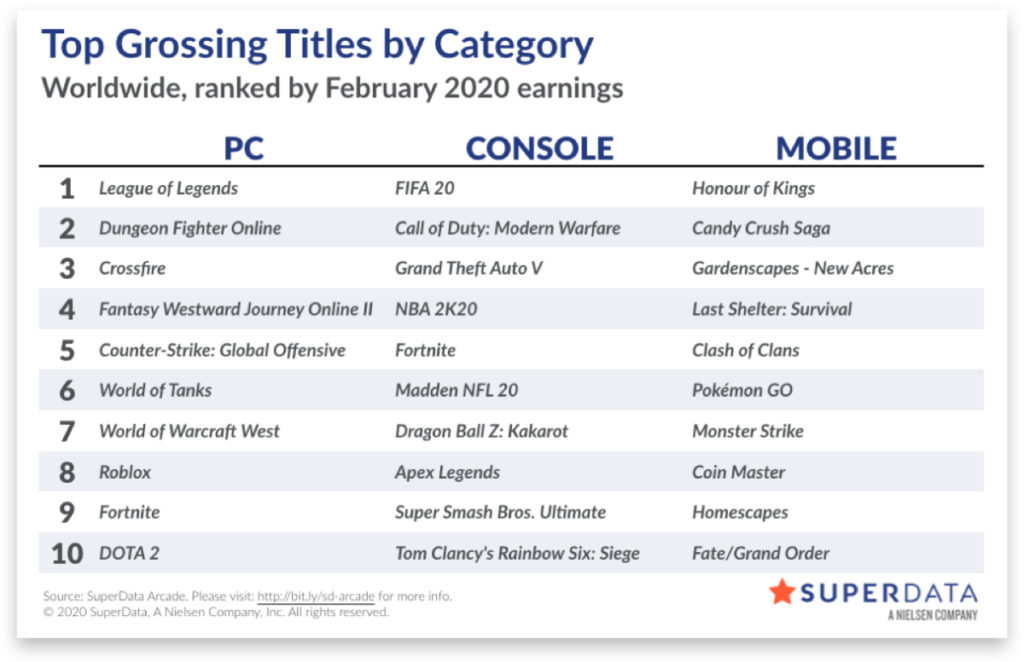 Similarly, many games reported reaching record milestones in February. Counter Strike: Global Offensive (CS:GO) reported their highest number of monthly active users ever, reaching 24 million. However, SuperData is skeptical that those numbers will be sustainable in the long run. CS:GO faces stiff competition from the likes of Call of Duty: Warzone and upcoming free-to-play shooter Valorant.

The Sims 4 also hit a very interesting milestone in February. The title’s console players outnumber PC players for the first time ever at 2.5 million vs 2.2 million. This can be largely attributed to the game being given away for free to Playstation Plus members. Given that the title relies on monetization through in-game content, it’s a great way to bring in potential spenders.

With the transition to employees working from home and other cancellations, Verizon reported a recent 75% increase in video game traffic. Even though the coronavirus had a limited effect on February figures, it is a sign of things to come.