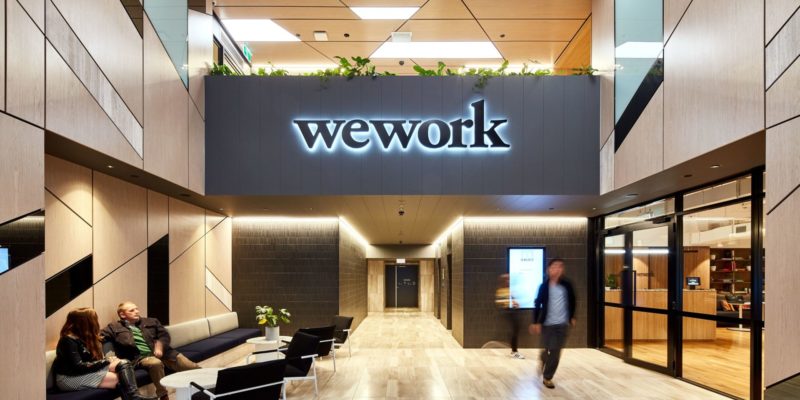 American commercial real estate and shared workspaces company WeWork is reportedly in the process of building a professional gaming and esports business. After recently accepting a $9.5 billion bailout offer from its biggest shareholder in Japanese conglomerate holding company SoftBank (OTCMKTS: SFTBY), WeWork has now trademarked a brand named “Play By We”.

The “Play By We” trademark application was filed with the United Kingdom’s Intellectual Property Office last week and WeWork has since also assigned employees toward the venture.

WeWork’s Play By We venture

The application lists some of the services provided as “events in the field of video gaming” and “providing facilities for business meetings, trade exhibitions, and business events” which could mean office space for esports organizations and conferences. Other services include “entertainment services in the nature of online video game playing, conducting esports contests, tournaments, and exhibitions”, suggesting that some existing space may be converted into video gaming facilities for events.

There were also two now-expired job listings on LinkedIn for the esports business with a position for a content and experience manager, and another for a delivery project manager based in New York. The first role’s requirements were described as managing designers, architects, and construction staff, while the second as engaging professional gamers, esports organizations, and influencers in the space.

The addition of WeWork’s Play By We competitive gaming arm will complement the WeGrow elementary school, furnished apartment co-living division WeLive, and spiritual wellness and fitness center Rise By We. However, these projects seem to be shutting down after its recent struggle with financial losses.

With an initial $47 billion valuation and many expecting an initial public offering (IPO), WeWork seemed to be on track to “change the world” in founder Adam Neumann’s words. However, the company’s August S-1 filing revealed over $900 million in losses even as revenue doubled, among other issues. This ultimately led to a $9.5 billion bailout from SoftBank, and the company is reportedly considering laying off thousands of workers to cut costs.

A new valuation would place the company at approximately $8 billion instead, according to CNBC.